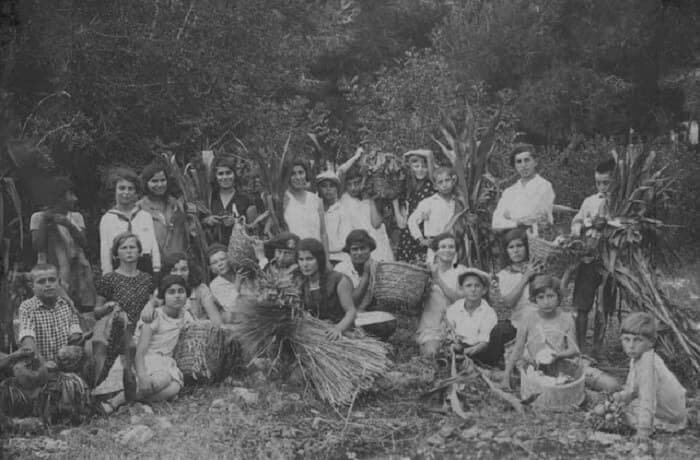 How experiences of your ancestors impact you today: case study of a real client

The following happened during an actual client session. Names and minor details have been changed to protect the client’s identity.

Some years ago, I had a client who as born in Venezuela. Her family immigrated there in the first half of the 20th century from Poland. A beautiful woman of Jewish descent sat on my couch and started crying as she shared her life’s story. One of the things she said is that no matter how hard she tried in life, she could never get past a certain threshold in her career and relationships with men. Her intention for the healing was to release those blocks that kept her from accomplishing that which she wanted to do most of all – be a life coach and find a loving partner. She said that until she herself could resolve her issues and find success she could not in all conscience give advice to anyone nor attract the right man.

She told me about growing up Venezuela, moving to US, loosing herself to drugs and then finding the inspiration to get clean. Although she was always a strong and independent woman, time after time she would end up in abusive relationships. She was a hard worker yet no matter how hard she tried to have a career, something would always come up and derail her. She has been clean from heroin for the last five years and said it is time to fully conclude her journey of self destruction and sabotage.

Once she lay down on the healing table, I first opened and balanced her chakras so that she could relax and give me an energetic “way in.” As I started to look deeper into each chakra I saw a most amazing energetic imprint – a mamzer.

At that time I did not actually know the term mamzer. That I learned later after describing what I saw in my head to my dad and asking him which situation would produce that. My dad is highly knowledgeable in Jewish law and history and so together we were able to come up with the most likely scenario.

A mamzer, according to Jewish religious law, is a child that is born out of forbidden relationships, for example incest or adultery performed by a married woman. Mamzer is not the same thing as a bastard, a child born to an unmarried woman, is not a mamzer. To find a documented mamzer is very very rare because it is such a serious classification as the term will apply not only to that one child but to his or her child, grand child, and the grand grand child. Up to seven generations.

There are quite a few restriction in the traditional Judaism about what a mamzer can and can’t do but that was not the important part in my client’s situation. Because her ancestor was born out of a forbidden relationship, he (and it was a man)  felt like there was something wrong with him. The small community in which he lived made sure that he never forgot his mamzer status.

From early childhood this ancestor always looked down down at his feet and never enjoyed the world around him. He did get married to another mamzer – as was required by law and together they spent their lives simply trying not to starve. Incidentally, he was educated, he knew how to read and write but because of his mamzer status (and perhaps had he lived now we would say depression), he never did anything aside from menial work. He died lonely and unhappy.

I traced the lineage of this mamzer back to her father’s maternal line. Later my client shared that she was named after her father’s mother.

This was the first time in the many years I do this work that I saw an actual mamzer. I have seen children born out of wedlock but I have never seen it produce such degree of trauma. Usually violence (especially against women) is what carries the strongest energetic scars across generations.

Unfortunately, the impact of ancestral trauma on our modern generation is very strong. I would say over two thirds of my clients had ancestral trauma come up during a session. It is as if we all carry this strange invisible baggage that we are not always aware of having. We feel that there’s something heavy dragging us down yet we can’t quite see what it is until we start to dig in deep. And even then, ancestral trauma can be extremely elusive especially for those of us whose known lineage is just a few generation deep.

But how can something that happened generations ago have a direct impact on us today? And what is that whole seven generations thing?

Enter Epigenetics – the study of biological mechanisms that switch genes on and off, including the concept that certain circumstances in life can cause genes to be silenced or expressed over time. Scientists believe that such biological changes can have serious health implications throughout one’s life and for generations to come, up to seven generations.

There have been many studies done on Holocaust survivors and their children that show that the trauma experienced by parents is a relevant contributor to biology of their offspring. According to this study, the grandchildren of Holocaust survivors were 300 times more likely to be referred to a child psychiatry clinic that the general population.

At times like these I am glad that I have a good education in history and geography because I am able to correlate what I see in my head with cultural traditions and events at those times. I can usually have a pretty good estimate of the epoch too. I either know by the clothes people wear or I ask for the year and see a year in my head.

A majority of my Jewish clients carry the trauma of victimhood and persecution in one way or another. For some people, such as this woman from Poland, the trauma is personal and it shows up as her inability to have a successful career and healthy relationship with men. In other people I see it more like this invisible monster in the dark closet – they experience anxiety, fear, turbulence while seemingly living an ideal life – a loving spouse, a great job, healthy kids. And I do not see this play out only in the Jewish population. I have had clients from Iran, Korea and Vietnam all carrying this ancestral trauma. I have seen the same thing in African Americans, Native Americans, Armenians, Irish. The ancestral trauma knows no race or religions, it is as old as humanity itself. The good news is that it can be healed and it is not hard to heal, although it times it can be quite uncomfortable.

In the case of this woman, we were able to successfully remove the stigma of mamzer and its effects on her. Because this story also impacted her sisters, indirectly we also gave them the space needed to go on their own healing journey – should they choose to. And should my client decide to have children, they will have one less thing to worry about.

When I ask Spirit why here and why now, and why so many, invariably I am told that “time has come to end all this.” Every time I look at the energetic contract the soul made prior to descending into its modern body I see that the person in front of me had explicitly agreed to come to earth to resolve specifically this trauma. And despite the suffering this agreement brings, we are resolving issues. We are healing ourselves, our ancestors and our descendants. And this gives me hope that humanity has not reached its peak. We are just beginning our journey of greatness. And each of us can change the world, one family line at a time.

Click here to read about what happens during an ancestral energy healing session.

Ready to heal your ancestral trauma or access the power hidden within you ancestral line? Click here to schedule your appointment.