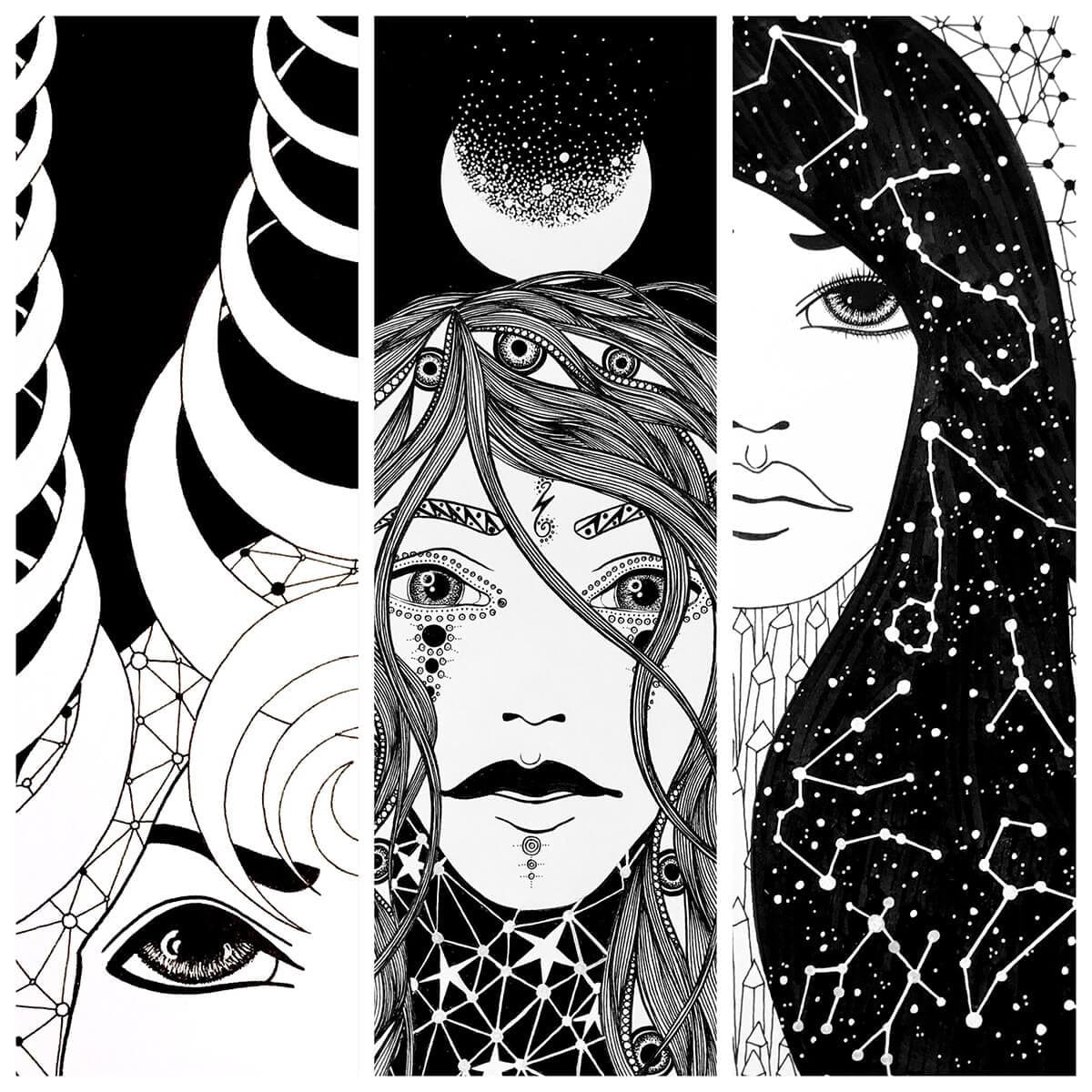 I want to share with you my experience as a witness to those who had used drugs. Not my physical experience though. For better of for worse, I did not grow up in a family that used drugs. Aside from occasional pot, none of my friends were regular drug users either. Alcohol was another matter…

So, when I started to see the energy of drugs in my clients, I was shocked and confused. And I judged. I judged them for not making good choices. I thought them weak, irresponsible, selfish.

And then I met Her, an angel of a being, who by the age of twenty had almost died from heroin and meth use. And then had found the spirit to recover fully. And become a powerful healer. In some respects, more powerful than I’ll ever be.

She humbled me and taught me my biggest lesson – to deal with the problem in front of me without judgement.

It happened like this. I was in a healer course. The pre-requisite to that course was that each student had to have gone through his or her own healing and be able to read the energy of other people with good precision. We were practicing energy healing on each other. The teacher was in the room observing.

Suddenly, I heard a pop and saw dark spots start to come out of my fellow student’s body. They looked like black fleas. At the same time, the “client” went into a full hysterical mode. She started shaking, screaming and crying uncontrollably.

Luckily, our teacher had enough experience and wisdom to understand the situation. She asked me to step aside and she took over. I observed quietly.
What had followed was a revelation of one the “client’s” experiences on heroin. One where she was willing and ready to die… because living through the horror inflicted on her by another person while she was incapacitated was worse than death.

Yet, she chose life. And she chose to share her story. With me and with the world.

That young girl, almost half my age became one of my greatest teachers.

We had spent the next year or so in class where she openly shared her life, her journey, her healing – without fear, anger or embarrassment. She showed me the world that I never saw in movies or read about in books. She showed me her soul, her darkness and her light. And she taught me that while nobody, ever, knows the pain suffered by another, having a witness for that pain can be incredibly healing.

Some time had passed. Our class had ended and we went our separate ways. I still did not feel ready to work directly with people who actively used. I had a few clients here and there who had been clean for a number of years. Most of them still carried the energy of drugs and I helped them clear it.

Slowly I learned how to discern the chemical source of that energy. Heroine, meth, cocaine and alcohol have a very distinct energetic signature. And so do ketamine, LSD, mushrooms, cannabis and salvia evora.

By the way, the energy signature of alcohol can be very similar to that of heroin. Just because alcohol is legal and accepted in our society does not mean that its impact is less than that of an illegal substance. In fact, in many cases, it can be worse.

As I saw more and more clients who had used drugs in the past, I started to trace the energy. I asked spirit to show me the worlds people go to when using. I watched people’s soul fragments become stuck in those worlds and I watched entities from those worlds come back and settle into the human body. Some of these worlds and entities were organic, some were not.

I needed to know and understand this information so I could help. Help to retrieve the soul particles and release that energy which should not be in one’s body.

I also saw the power of plant medicine, ayahuasca, mushrooms, hape and cannabis, when used properly under a knowledgeable facilitator help to free people from these binds. And I saw the problems caused by these same medicines when used inappropriately by untrained practitioners.

The more clients I saw the better I understood these other “worlds.” Sometimes these were not worlds at all. One of my client’s spirit would leave her body when using and go into the next room. During one such incident an energetic rape happened. Although her physical body remained intact, the effect and trauma of it was just like she had experienced it in the 3-D reality.

I also saw a client who had become so energetically open from using psychedelics that he was no longer able to keep the thoughts of other people from echoing in his head. He said he heard voices in his head. He called them “whispers.” He knew they were not his own, but he was helpless to stop them. During one of his healings I heard these “whispers” too. They were extremely unpleasant and distracting. He said they kept him awake at night and I knew why. I too would be kept awake too by all that noise.

Another client had a part of his being trapped in a loop in another world. It impacted his life here by making it impossible for him to concentrate.

And another client brought energies back with him from his journeys. These energies had such a strong hold on him that he was unable to have close relationships with actual people.

And yet another client lost control of her energies whenever she slept. Imagine falling asleep and having your body dragged through space and time. Each morning she’d wake up confused, tired and anxious. It would take her two hours to come back into her body to simply live through the day. And then the “torture” would repeat. She said she had not had a good night’s sleep in years.

In another interesting case, I saw the client’s inner child being held “hostage” in another “world.” The roots to this lay in her family’s karmic lineage but they were exacerbated through her daily cannabis use.

I have seen clients mesmerized by energies who told them that they are the only ones who will ever love them. And I have seen worlds being created and maintained by energies as a way to keep a person incapacitated and vulnerable, easy to manage and control.

I also saw the process by which entities hide within the person’s energy and the role that food plays in it. I will write more about it later but the short version is that when we introduce food into our body, we introduce the spirit that is carried within that food. That spirit blends with our own spirit making it harder to make a distinction between our innate spirit and that of an entity. This is one of the reasons fasting and dietas are a necessary part of the healing process. They allow the foreign energies to become visible.
The entities also use the neural pathways created by our thoughts. These familiar pathways provide the means for entities to travel through the body and re-attach themselves even after being removed. For this reason, a change in one’s thought patterns plays a key role in releasing and preventing these entities from returning.

Over the years I have experienced the energetic effects of many drugs without being physically exposed to any of them. I have traveled with people within their journeys, becoming a witness to their many worlds. All I had to do was ask questions and then be willing to handle the answers.

I have learned to do this safely and effectively because I was lucky to have had amazing teachers who taught me to do this work with love and compassion instead of with ego and judgment. I have learned to accept the truth without assigning any opinion; to see darkness and light as simply things that “are”, neither being better or worse than the other.

The stories I have seen and heard are as diverse as the people who tell them. The common denominator is that something, does not matter what, had happened and now the person had made the decision to change. And that’s the key. One has to want to heal, to be willing to release the energies that falsely tell him that they are his only friends. One has to want to function in this world, heavy as it is, without escaping into a soft dream like state.

I cannot help anyone who is not willing to allow their entire being to break apart and then be rebuilt. But I can ease the pressure for those who choose to make the jump. I can be their witness and their guide. I can help them find a soft spot to land on and a firm surface to grab on to. I cannot travel their path for them, but I can be with them… if they invite me in.

Ultimately, the healing is the client’s, not mine. Some choose to not heal. Some simply cannot, for that is not in their soul’s contract (and some contracts are not meant to be rewritten). That last one is incredibly hard for me. But I must honor, respect and release that as well.

So what do you think? Have you noticed a pattern in the energetic expression of different substances? Have you seen the soul fragmentation and entity attachments come as a result on unconscious usage? I would love to hear about your experiences.