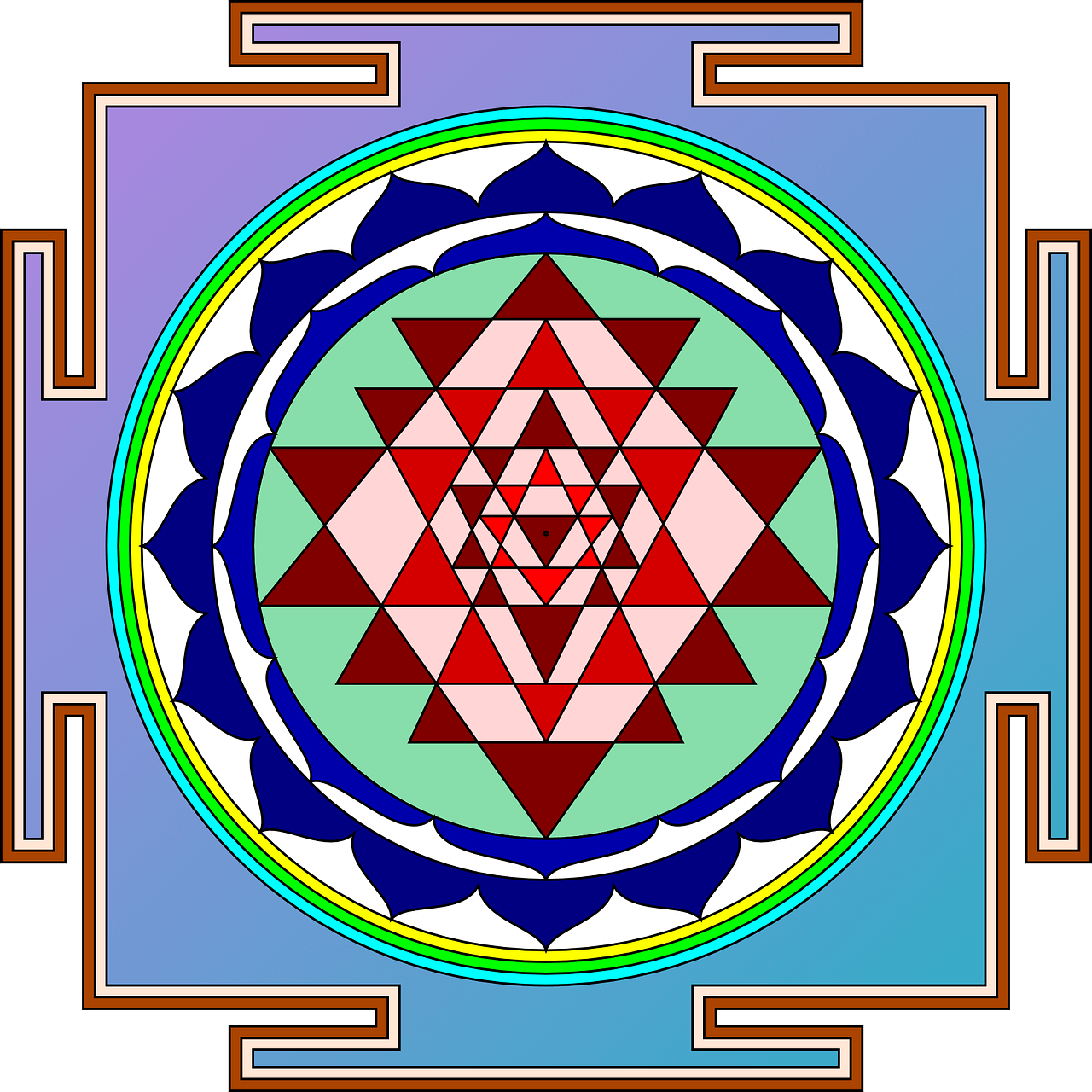 Mandala Art – a journey to self discovery

The word Mandala comes from the Sanskrit language, roughly translated it means “circle.”

But a mandala is so much more than simply a circle, it is diagram of a cosmic design. It signifies the configuration of life that spans from a single point outward into infinity.

Mandalas are ever present in nature.

Think of a sunflower, starting with a single seed, it spans outward in circular pattern eventually firming a single, whole flower.

Look at the cross section of a blood orange.

And a snowflake, eight lines extending from a single point, each line growing into its own pattern.

A wasp nest too, starts from a single cell and expands outward to form an entire colony.

And the shape of starfish – a single origin spanning outward to form an entire creature!

Humans too carry the mandala pattern within us. Look into the eyes of a loved one and see the entire universe.

Look into a Helix Nebula Planetary Fog and see a human eye.

“As Above, So Below”, a maxim in Hermeticism and Sacred geometry.

This means that, whatever happens on any level of reality (physical, emotional, or mental) also happens on every other level. It also says that the microcosm (self) and macrocosm (universe) each lie within each other and though understanding one you will know the other. This is the key concept in Reiki distance healing where we designate an object in our proximity to stand in for a person who is far away.

According to Sacred Geometry, certain shapes and geometric proportions carry symbolic and sacred meaning, sacred geometry has been used in the design of churches, temples, religious monuments and religious art.

Look at Look at the cupola at St Peter’s cathedral in Vatican.

And the nautilus shaped stair case at the Vatican.

And a fossilized shell carved into a dish that is currently sitting on my bathroom counter holding my lavender scented soap.

Remember fractals, from high school math? A fractal is a a curve or geometric figure, each part of which has the same statistical character as the whole.

Fractals are used to express phenomena in which similar patterns recur at progressively smaller scales.  Crystal growth, fluid turbulence, galaxy formation, eroded coastlines and snowflakes can be modeled through fractals.

And another fractal, beautiful, huh?

The flowers, the beehive, the snowflake, he nebulae, the human eye, the dome and the nautilus, and fractals all begin (or end) at a single central point.

And while we are talking about a single point, remember the Big Bang Theory? It stipulates that our universe initially started with a small singularity, then inflated over the next 13.8 billion years to the cosmos that we know today.

From a point into infinity. From a micro into a macro. A mandala gives us a way to express our entire universe.

Mandala painting has been a part of the Buddhist tradition as a way to express the cosmos symbolically.

A mandala truly is a microcosm of the universe. Take a look:

The purpose of the mandala is to invoke the spiritual force within the artist. Each detail of its construction has symbolic meaning.

A mandala is also used to express the wisdom of impermanence. Here’s a picture of an unfinished mandala by Tibetan Monks showing us beauty and magic of the creation process.

Would you like to connect to the source of your inspiration and sacred art as the artist did in the below painting?

Join us on April 26 at the Del Mar Art Academy in San Clemente for an Introduction to the Mandala party. There will be a lecture, a meditation, a live demo and an opportunity to receive a scholarship to the full workshop.

Then join us on May 2nd, 9th, 16th, 24th and 30th for our five-week workshop “Meditation Through the Mandala.”  Stimulate your imagination, reconnect, restore, and remember the true you through the art of the mandala.